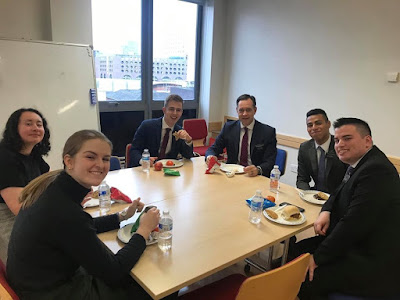 The days here feel like years, and the weeks feel like seconds. I've said it before and I'll say it again, but time is the absolute weirdest thing in the world. It just doesn't exist here, and if it does, it has been messed with. Weird. What's weirdest is that I've been here for 4 months. How crazy is that?

This week has been absolutely amazing! We had our zone conference on Tuesday in Manchester (which is so far my favorite part of the mission even if I haven't served there), and all of the missionaries that went learned so much! One of the biggest things that we talked about that is applicable for you all, too, is a tool called "The Circle of Influence." Most leaders and problem-solvers use this tool pretty regularly without even knowing it, so if you want to get better at leading then this is for you!

As many of you may know, I am a worrier. I stress about things that are out of my control. However, something I have been working on in my mission so far, is to stop stressing about things I can't control. Sounds easy, but it definitely isn't. Anyway, I would invite you to think about which circle is bigger in your life, and what you can do to make your circle of influence bigger.

Anywho, we also had exchanges this week with our STL's down in Manchester again, and it was so good! Every time I leave exchanges, I feel so motivated and like I have 1000 new ideas to go find new people to become our friends. Something else I would strongly invite you to do is to:

1) Send me an email with an idea that you have for what Sister Patea and I can do to find new friends.

2) Go read a chapter in Preach My Gospel, the missionary "tool guide" of sorts. If there is one thing I am sure of, it's that PMG isn't just for missionaries. Go give it a read, and prove me wrong if you want.

On Saturday, our district leader called everyone in the district, and told us that his mom had just sent him 2 boxes of Betty Crocker brownies. He then told us that whoever found the most friends on Sunday would get them. Because Sister Patea and I are both non-competitive missionaries, we decided we were going to beat the Elders and win the brownies. However, as we looked through our schedule for the day, we realized that we were going to have no time to go find, as we were mostly traveling on busses. To add to that frustration, every bus we got on was totally empty so we couldn't even talk to people there! We then went through our phones and contacted every single person that had given us a phone number and we made 4 friends in about an hour! The Betty Crocker brownies are ours!!!

Also, something I don't think I ever mentioned was that Sister Clark's and my friend, Phil, got baptized (like a month ago haha)! He was so happy and really has a strong testimony of the gospel. Yay Phil!

Funny story for the week: People here have about 2 reactions when they see us walking towards them: One is fear, and they try to avoid eye contact and get on the other side of the street as fast as they can. However, if we corner them or start talking to them, they'll stop and talk with us. The second reaction is disgust, anger, or dislike, and they are the ones that ignore us, or wave us off, or are mean.

This week we had the wonderful opportunity to go street contacting in town centre, and we started talking to this sort of blind lady who was super nice, and she started telling us all about her New Year's resolutions and how she was going to be nicer and more polite to people. We congratulated her on these goals and asked if she had any religious goals. She then got suspicious and asked us why we cared. We explained we were missionaries and immediately she brushed us off and started walking away mumbling under her breath. Now as a Christlike missionary, I of course called after her saying, "Bye! Good luck with your New Year's resolutions!" Ahhh. She deserved it. As a matter of fact, a security guard who was on break standing by us, listened to our entire exchange and died laughing when I said goodbye. This then allowed us to go over and talk to him about Christlike attributes and how we can develop them to be nicer and more patient people. He then took a card and gave us his number because to quote him, "You God-Squad people are funny." I'm doin’ the Lord's work, what can I say?

Also this morning, we scrubbed our shower that is literally covered in black mold/mildew. Disgusting. Even though everyone thinks that missionaries in England have it super posh, we don't. We sometimes only have cold water, or our heating turns off, or we develop cancer from mold spores. We are survivors. Forget about having a cobra in your house, or being stuck in your house for a couple weeks because of civil unrest. We have the hard life. #blackmold

Love you all! Thanks for the emails and letters! 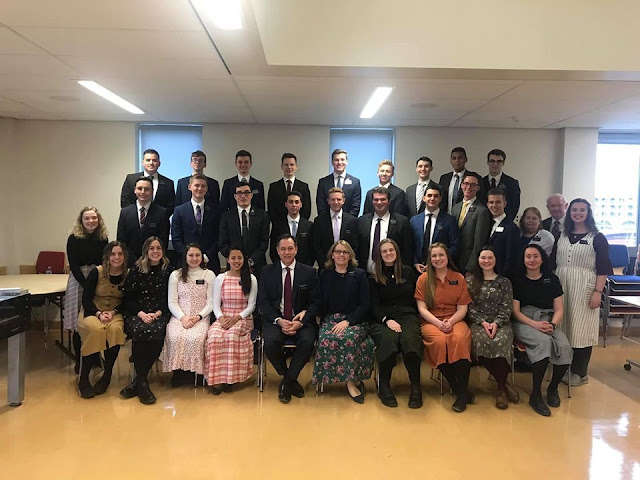