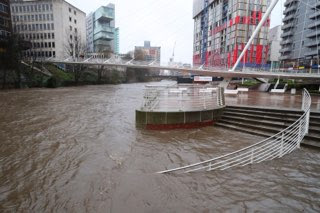 Hello! I will die in England.

The title of this email isn't even click bait. I am going to die in England and I might take Sister Patea down with me.

Tuesday was a really good day! Our district made a goal this week to find 20 friends (we make about 2-4 shaky friends each week). 20 is a killer goal, but we were absolutely determined to make it. So we and the rest of our district (us, the Elders in Oldham, and the Elders in Rochdale) headed out for a street display in town centre to try and make as many friends as possible. It was a day for NO FEAR as we talked to EVERYONE. Random garbage bag man? Yes! Oldham Council person having a random quiz? Yes! Man who started yelling at us about how he's a nice person for free and we're only nice because we want to go to heaven? Yes! We spoke to all of them and guess how many friends we made??? 10 in 2 days! That's our all-time record ever! Both sets of Oldham missionaries made 10 friends each, and the Rochdale Elders made 2 friends (but to be fair, they helped us find 2 of ours).

Something else super crazy that happened while we were doing the street display was that this random man walked up to me and was like, “I'm almost done reading the Book of Mormon and I know it's true.”

He then proceeded to tell me that he wanted to get baptized and when is the soonest date that could happen?

So in the end, we now have our friend Tim on date for a shaky April 4th! Pray for Tim!

Thursday was a day of panic. Sister Patea, early on in the day, sliced her thumb on her knuckle, and it did not stop bleeding until about 7 PM. I was terrified and totally was planning my talk for her funeral, but she kept trying to go outside even though 3 different nurses had told her to stay inside and go to A&E (American ER). Finally it stopped bleeding after the Elders came by and gave her a blessing, which is another testimony builder of priesthood power. If you don't know what that is, contact your closest missionaries, or friends who are members.

Friday, I woke up throwing up. This continued to happen all day long. Friday also was the day that our super progressing friend Judy called and dropped us. Tears. Probably the hardest thing on a mission is when a friend drops you when they were really progressing and changing. Don't worry though, we're going to go by and talk to her and see what's going on.

And finally: Sunday afternoon. The last two days it has been super windy and rainy and there have been minor floods all around where we live. Sunday morning, once we arrived to church, we found out church had been cancelled due to the weather, but people still showed up because they hadn't heard, so we just went on as normal.

However, nothing super major happened until Sunday afternoon. We had just finished a tea appointment and were heading out to our next appointment, when the craziest storm came out of nowhere and totally nearly killed us. Thunder and lightning, huge amounts of rain, tons of wind, and the most hail chunks (also the biggest hail chunks) I have ever seen in my life. They actually hurt so bad! So we start running back to the member's home when we get a text from President to all the missionaries telling them to get inside a house ASAP. We run into the house, and when the weather had lessened a little bit, we got a lift home.

The weather is still a little crazy but we're all good!

Photographs Below :)
The big brown brick in the garbage is cookies that we forgot were in the oven.
The flood photographs are pictures of the storm in Manchester that were sent to me. 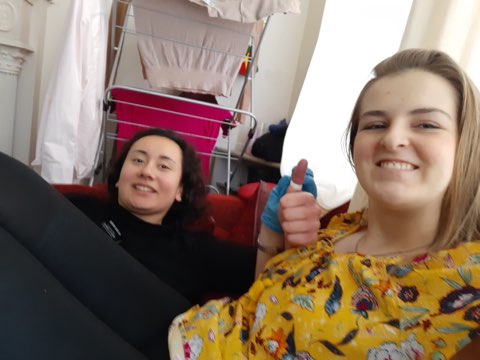 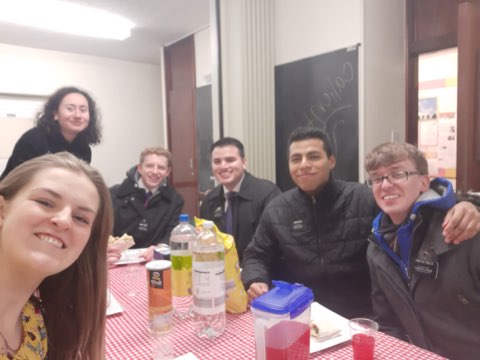 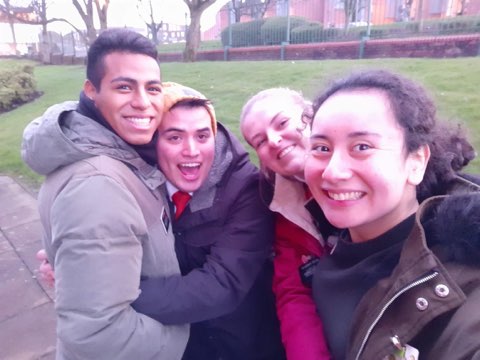 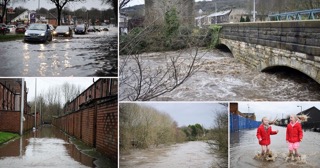 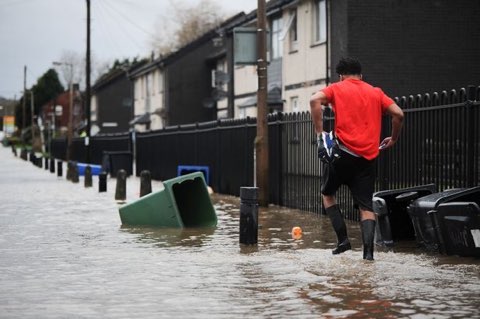 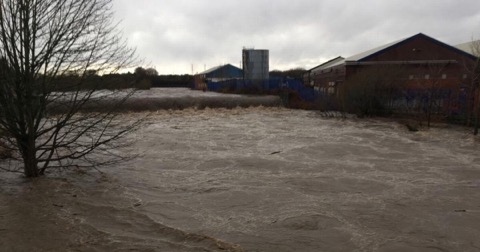 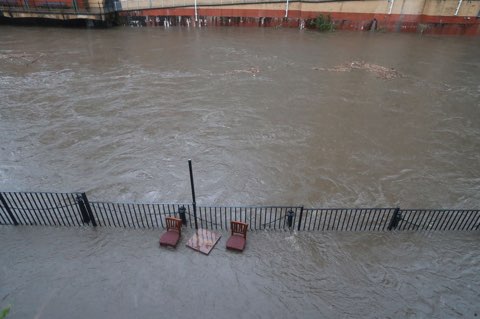